The single piece of certainty among the morass surrounding Europeans’ rights in the UK has been dealt a hammer blow.

Prime Minister Theresa May published a proposal document that undermines Permanent Residency (PR) though it might not be fatal. In fact, it might not even be legally sound.

In all that has been discussed since the referendum of June 23, 2016 – and there has been an incredible amount – existing legislation enabled European Economic Area (EEA) nationals to secure their rights to stay in the UK under PR.

Ultimately, nothing had changed and so providing individuals met certain criteria, which in many cases was as simple as having lived and worked here for five years, their future was secure. The application process, while extensive, was little more than a rubber-stamping exercise.

Then the Prime Minister published the “Safeguarding the Position of EU Citizens Living in the UK and UK Nationals Living in the EU” on June 26, 2017. The proposals were, May said, “fair and serious”. The President of the EU Council described them as “below expectations”.

Within it there are some positives which can be taken, such as Irish citizens’ rights being protected under the Common Travel Area arrangements and the removal of the need for economically inactive citizens to have held comprehensive sickness insurance. But, while vast swathes of the document propose little change, there is a worrying contradiction.

One section states: “EU citizens resident here will continue to enjoy the rights they have under the EU Treaties” until the UK leaves the EU. This is confirmed again later in the document with the assertion that until the UK withdraws from the EU, “EU law will continue to apply” and that “the rights EU citizens and their family members to live and work in the UK remains unchanged.” So far, so good.

The document then sets out what will happen post-Brexit: “…after we leave the EU, we will create new rights in law for qualifying EU citizens resident here before our exit.” This is not unexpected – basically, existing EU law will apply until we enact our own laws to replace it.

A new application process will be a “separate legal scheme, under UK law” but one which all-but mirrors the existing agreement – five years’ living and working and you’re secure. The new legal scheme will grant people “settled status” rather than PR.

In the document a “specified date” is mentioned though not set as a cut-off point. While not particularly helpful it does go some way to mitigating an anticipated mad dash which would create an inevitable backlog of applications.

The proposals appear to change little other than impose a similar yet separate bureaucracy. However, a contradiction appears.

The document states: “There is no need for EU citizens to apply now for EU documentation under the free movement rules to prove they are exercising Treaty rights or have current rights of permanent residence in order to secure their status post-exit.”

Adding: “For those who have already obtained a certificate of their permanent residence, we will seek to make sure that the application process for settled status is as streamlined as possible.”

This suggests PR won’t carry the guarantee it once did and those with PR will have to apply for “settled status”. This will concern a lot of people who already have PR, or are in the process of applying for it. But it shouldn’t.

The proposals do away with any legal certainty and predictability, fundamental principles enshrined in any civilised legal system and guiding requirements for the rule of law; people need to know the rules so they can plan their lives accordingly. Retrospective changes do not sit alongside the principle of certainty in law and if there are any legal challenges to be had they should include this.

There is more discussion and dissection of the proposals to be had, not least the implications on family members of EEA nationals but any deal between the UK and EU will not be finalised until everything is agreed and this is just the start. At Pepperells we will continue to provide the best-possible interpretations going forward.

Anyone concerned can call us on 01482 326511 or email me at frances.ledbury@pepperells.com for further information.

Author – Holly Bates As we continue our Pride in Hull celebrations we are looking today at the rich and... read more

Our offices may be closed but here in the Criminal Department, which has always been a 24 hour a... read more

Author – Rosalind Smith It is now 50 years since the partial decriminalisation of homosexuality in the UK. Previously, it... read more

With the Brexit deadline being extended to 31st October, business owners now have “breathing-space” to consider if their commercial... read more

Do you want to hand over control of your life to someone else? Someone who doesn’t know who... read more 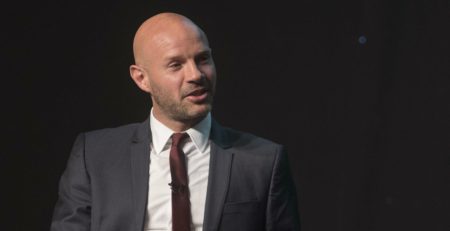 Pepperells, together with a number of partners from across the public and private sector, will bring an international footballer-turned-private... read more

Here at Pepperells, we understand that it is always a difficult time in somebody’s life after suffering a loss,... read more

Separation or divorce is never easy, it is an emotional roller coaster. It is harder when children are involved. Getting... read more

The impact of the Coronavirus on Protective Injunctions

As a result of the social distancing measures implemented by the Government in response to the Coronavirus, many individuals... read more