While we are aware of the intricacies of LGBT+ rights not yet enshrined into our own law, we should be aware of the progress made and the comparative acceptance and equality that we have in the UK, certainly when compared to many countries around the world.

The 50 years of Pride marks the partial decriminalisation of homosexuality in England and Wales, but to this day in many places across the globe it is punishable by imprisonment, torture and often death. In more than 70 countries across the world homosexuality is still a criminal offence.

The vitriol in many places is staggering. In May 2008, the then president of Gambia, Yahya Jammeh, threatened to “cut off the heads” of homosexuals. Adding: “We will fight these vermin called homosexuals the same way we are fighting malaria-causing mosquitoes – if not more aggressively.”

In 2014, an amendment to the Gambian Criminal Code introduced a new crime of “aggravated homosexuality” – increasing the sentence for homosexuality from 14 years to life. In Uganda, the Anti-Homosexuality Act was recently passed and is bizarrely progressive: the punishment was reduced from death to life imprisonment.

The law includes provisions which mean Ugandan nationals outside of the country can be charged and “sent home” for punishment and penalties for people who “support” same-sex couples – including conducting marriages. The act was later ruled invalid by the Constitutional Court, however only due to a technicality as there was an insufficient number of MPs present when it was proposed.

In Sudan, the execution of homosexuals is brutal and public, with stoning the preferred method – especially for women. Men are lashed hundreds of times for their first two offences and killed if caught for a third time. Women are lashed on their first offence, and stoned to death for their second. Members of the public often carry out the sentence after the victims are buried up to their necks.

In South Africa, while not Government policy, the social phenomenon of “corrective rape” has become prevalent. Lesbians are systematically raped to “correct them”.

In Iran, the LGBT+ community is believed to be violating the laws of Islam. In 2011, three men were executed on homosexuality charges for “acts against Shariah Law and bad deeds”. Articles 108 and 110 of the Penal code in Iran impose specific punishments which range from 60 lashes of a whip through to execution.

And, in Saudi Arabia homosexuality is considered a crime worthy of the death penalty, along with adultery and murder. The victims are most-often beheaded in public.

Thankfully, not only do we have progressive laws enshrining the equal rights of the LGBT+ community in this country, we have laws regarding asylum which protect the rights of individuals from countries which do not protect these rights themselves.

People seeking asylum, if part of a “particular social group”, which can include groups defined by common sexual orientation, are entitled to asylum if they can establish that they would face a well-founded fear of persecution if returned to their home country. A landmark case has gone further still which stated that if returned to their respective home countries and forced to conceal their sexual orientation to avoid the risk of being persecuted, then asylum should be granted.

In the Supreme Court, the rationale by sitting judges was that to compel a homosexual person to pretend that their sexuality does not exist, or that the behaviour which it manifests itself can be suppressed, is to deny him his fundamental right to be who he is.

We have come along in this country and there is further to go but we recognise, in law, that homosexuals are as much entitled to freedom of association with others of the same sexual orientation and to the freedom of self-expression in matters that affect their sexuality, as heterosexuals. It is all about equality.

Should juries be scrapped in rape trials?

Labour MP, Ann Coffey, has recently commented that juries in rape trials may have to be abolished to stop... read more

As International Women’s Day approaches the question arises – what is feminism? The answer is simple; it is the... read more

Full-service, pan-Humber law firm Pepperells has completed the latest phase of its strategic growth strategy by incorporating as a... read more

Is your employment at risk due to staff cuts

Unfortunately, through no fault of your own, you may have found yourself in a position of being offered a... read more

It has always been my view that every divorce or separation is different.  The law that is applied may... read more

Staff from Pepperells last week attended a series of events as part of Lincolnshire Business Week – the firm’s... read more 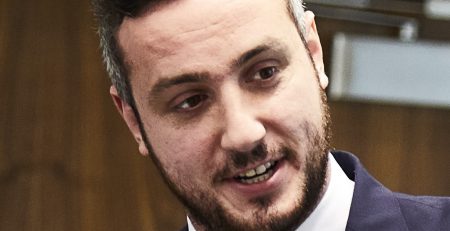 The end of days? Or just Article 50

Much has been written since the country decided it no longer wanted to be part of the European Union... read more

Pepperells and 360 Chartered Accountants are inviting business owners to attend a breakfast networking event which will include a... read more