An “awesome and marvellous thing”

An “awesome and marvellous thing”

The rather mundane title belied the importance of an Act which partially decriminalised homosexuality. No longer would men be jailed for being gay.

As part of the Pride in Hull celebrations, marking 50 years since the legislative change which may not have been quite enough but was certainly the starting pistol marking the beginning of a five-decade long march to equality for gay men and women, Pepperells brings you Lord Arran’s speech from the day.

“My Lords, I beg to move that this Bill do now pass. This is a little occasion, and perhaps I may say a few things.

“When we first debated these affairs – and how long ago it seems – I said that your Lordships had it in your power to remove fear from the hearts of men. This you have done. It was this House which gave the lead. Because of the Bill now to be enacted, perhaps a million human beings will be able to live in greater peace. I find this an awesome and marvellous thing.

“The late Oscar Wilde, on his release from Reading Gaol, wrote to a friend: “Yes, we shall win in the end; but the road will be long and red with monstrous martyrdoms.”. My Lords, Mr. Wilde was right: the road has been long and the martyrdoms many, monstrous and bloody. Today, please God, sees the end of that road.”

Despite Lord Arran’s determination and conviction in supporting the Bill, he still demonstrated views which today would be considered at best uncomfortable. He added: “I ask one thing and I ask it earnestly. I ask those who have, as it were, been in bondage and for whom the prison doors are now open to show their thanks by comporting themselves quietly and with dignity.

“This is no occasion for jubilation; certainly not for celebration. Any form of ostentatious behaviour; now or in the future, any form of public flaunting, would be utterly distasteful and would, I believe, make the sponsors of the Bill regret that they have done what they have done. Homosexuals must continue to remember that while there may be nothing bad in being a homosexual, there is certainly nothing good.

“Lest the opponents of the Bill think that a new freedom, a new privileged class, has been created, let me remind them that no amount of legislation will prevent homosexuals from being the subject of dislike and derision, or at best of pity. We shall always, I fear, resent the odd man out. That is their burden for all time, and they must shoulder it like men—for men they are.”

Arran went on to single out “those who played a big part in bringing about this reform”. He cited Leo Abse, the then MP for Pontypool as “the lion-hearted”, Lord Sir Robert Boothby, Dr. Desmond Donnelly, then Conservative leader Ted Heath,

He then added: “The first full-scale attempt at reform was made by the present Minister of Health, Mr. Kenneth Robinson, and a Motion was tabled in the other place by the Father of the House, Sir Thomas Moore. My Lords, you see what an all-party effort it has been.

“Later, too, Mr. Humphry Berkeley bravely introduced this Bill in the other place where it had a Second Reading. I say “bravely” because sometimes I think that we Peers are inclined to forget just how lucky we are to have no constituents but our own consciences.

“For my own small part, just this. In the last two years, I have been navigating in deep and troubled waters, so deep and so troubled that at times I feared I would be engulfed.

“At such times I have been strengthened and sustained by the knowledge that I had the approval and support of the majority of this House, including the Lords Spiritual and, in particular, of my new and neutral friends, the noble and learned Lord the Lord Chancellor and the noble Lord, Lord Stonham, to whom I owe so much. These things have meant much to me. I count myself privileged to be a very minor member of this generous and, in the true sense, noble assembly. I beg to move.”

And so, it was, the beginning of the liberation.

Will your estate pay Inheritance Tax when you die? Will your beneficiaries suffer financially as a result of a large... read more 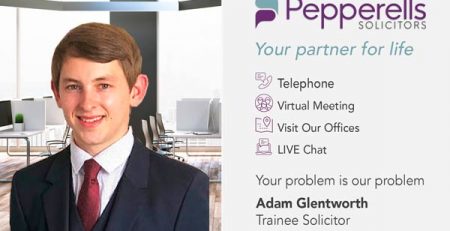 A day in the life of a Trainee Solicitor

My name is Adam and I am a Trainee Solicitor in the Family Law Team at Pepperells Solicitors. I... read more

Is saving the cost now costing your family later?

Why should I pay for a solicitor when I can write my own Will at home? DIY Wills are... read more 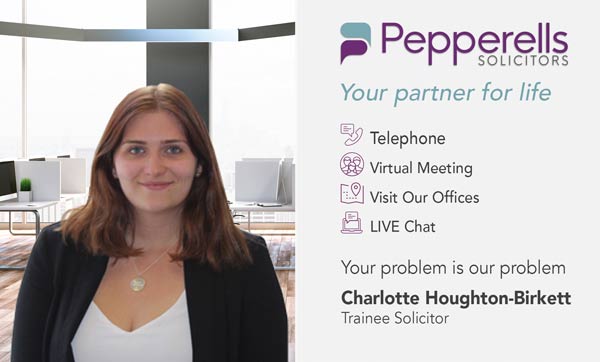 Why make a Trust?

It is often thought that the simplest way to leave the residue of your Estate is to a specific... read more

An Enduring Power of Attorney is a document that individuals were able to create until 2007 to give legal... read more 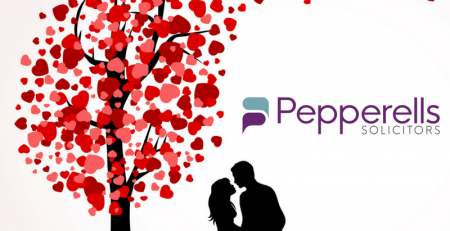 It is sometimes thought that Pre-nuptial Agreements are only for the wealthy. This is certainly not the case. At the... read more