If you have been arrested all you need to do is ask for Pepperells Solicitors.

You will receive our immediate response.

All advice that we give you at the police station is free.

You may think that you do not need a solicitor because you have nothing to hide:-

Even if you simply want to admit the offence, we can make efforts to convince the police to give you an alternative outcome rather than going to court.  We can persuade them to charge you with a lesser offence, if necessary.

You may have been invited to a voluntary interview which you could lead you to believe that you are being interviewed as a witness. It is very important that you seek representation from Pepperells’ criminal defence team as this is an interview “under caution”. You are still being treated as a suspect.

You may have already been interviewed and have been bailed to return to the police station. We can provide a crucially important role in advising you as the investigation continues. This may involve considering what you have already said or for what you may not have said.

We can also provide specialist representation in relation to other interviews under caution. This may include health and safety matters, trading standards, benefit agency investigations, RSPCA local authorities and other regulatory bodies. These are in the main, subject to means testing and the sufficient benefit test. However we can provide fixed fee representation at extremely reasonable rates.

Our attendance in the Magistrates Court is required for defence work for the following:- Theft, Burglary, Assault, Sex, Criminal Damage, Road Traffic Offences, Speeding, Drink Driving, Motor Vehicle, DVLA offences etc. People involved in a civil or criminal case may be eligible for financial assistance to help pay court costs and legal fees under the legal funding scheme. We assist and prepare all aspects of the case for the Magistrates Court to minimise any problems.

Offences listed as ‘indictable’ are often tried at the Crown Court. But before this, the Magistrates Court, has to have found a case for the prosecution against the accused. An accused in a serious case has the right to be heard by a crown court judge and jury, which may be more or less sympathetic than the magistrates bench. All the most serious cases such as rape, robbery, drugs, armed robbery and murder are tried at the crown court before a judge and jury. As a firm of solicitors we will prepare and collate all the details of the trial or sentence cases and put forward the pleas on behalf of the accused or to the accused.

Before attending the Appeal court a case must have been tried at the Magistrates and Crown Court. In the appeal court the Defendant must present a fresh case with the evidence being re examined before trial. A defendant after being convicted of being guilty in a Crown Court may appeal against the verdict and have the case heard in the Court of Appeal. Appealing against a sentence or point of law means a fresh case must be presented. The appeal will be heard in front of a minimum of two judges sitting with out a jury at the London Court of Appeal.

People often turn to us when its too late. If you or your family have questions which are of concern, don’t hesitate to contact us. It is far better to talk through any perceived problems now and to allow to offer some practical solutions to avoid expensive and distressing problems later on. 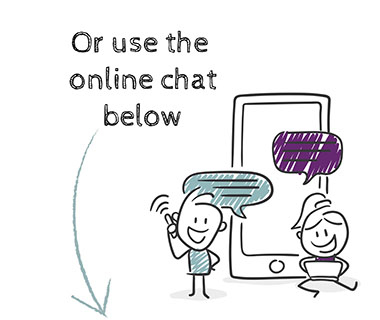